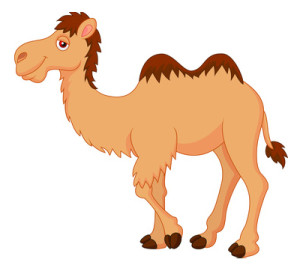 When I was in the Arizona State Leadership Program, we heard this story, which is a perfect metaphor for what a coach does.

There was a father who left 17 camels as an inheritance for his three sons. When the father passed away, his sons opened up the will.

The will of the father stated that:

As you know, it is not possible to divide 17 camels by any of those numbers. The three sons started to fight with each other. They wanted to divide their father’s estate according to his wishes, but could not figure out how to do this.

Before you read on, take some time to think about it. What would you do?

The three sons decided to seek the guidance of a wise elder.

The wise man listened patiently about the whole matter, giving it plenty of thought. (You can easily substitute the word ‘coach’ for ‘wise elder.’)

Here’s what the wise elder did:

He brought one of his own camels and added it to 17. That increased the total to 18 camels.

Now, he started reading the deceased father’s will again, with 18 camels in the mix.

One third of 18 equals 6. He gave the middle son 6 camels

One ninth of 18 equals 2. He gave the youngest son 2 camels.

Now, this adds up to 17. This leaves one camel, which the wise elder took back.

To me, this is what coaching is about: bringing the 18th camel to the table to support the client in finding the solution. When you are coaching your clients, and they come to a seemingly unsolvable challenge, bring your questions and acknowledgments and all your coaching skills to the table. These are the 18th camels.