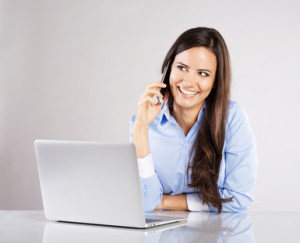 Since the individual coaching conversation is such a personal, and many times even intimate, one, there has always been some sort of a complimentary session that I have had before beginning with any client. Even with those clients who have heard me as a trainer or speaker; I still want to have that session. I want to determine the fit, the rhythm, and the likelihood of my client achieving their goals with me as their coach.

The odds are in your favor in doing complimentary sessions, and that is why they are included as one of the top inspired actions a coach can take to develop a coaching practice.

I want to go back to the beginning, and give you an example of how complimentary sessions worked for me. I did a presentation for the ICF with my mentor around 6 months into my coaching practice. The title was “Dynamite Sample Sessions.” And he asked me, “What are your numbers?” Well, I didn’t know my numbers, so I looked back at all the sessions I had done, and I looked at the people who had signed up for either individual or group coaching. I was completely astounded.

What I saw was the 24 out of 25 of those complimentary sessions yielded paying clients! So I asked myself a very powerful question: “What did I do to really make that happen?”

I noticed a couple of things I did. One thing I did in my very first months of coaching, and I’ve done this ever since to varying degrees, was that I had three coaches. I had coaching sessions scheduled every Monday, Wednesday and Friday. And my thought was: if anything happens that I can’t handle or my limiting beliefs come up, I am less than 48 hours from a safety net. Coaching was my safety net.

It was very comforting to me to know that I had backup. So I was able to put myself whole-heartedly into coaching at a time when I was very new, because I knew I had great support. And at those times when I second-guessed myself, I was able to talk it out in coaching. Coaching has always been and continues to be the best confidence builder I have.

In fact, as an aside, I can’t remember a week, other than when I was on vacation, that I haven’t been coached at least once. I attribute so much of my success in complimentary coaching sessions, and in life, to coaching.

Another thing I noticed I was doing when 24 out of 25 people took me up on becoming clients, was that I was tending to my own self-development. I remember many Saturday mornings I would sit down and say, “I’m feeling a little bit blocked or stuck” and I would do some journaling about it. I would just ask myself “Okay, which one of these seems like it might break something loose or move something within me?” Maybe it’s jumping on the trampoline. Physical activity can be a great self-development technique.

I’ll read some really great spiritual authors. Alan Cohen’s book, “I Had it All the Time” is a long-time favorite. Any audios or books by Abraham-Hicks always lift me up.

The two things that I can point to that helped me with my complimentary sessions were being coached and doing my own self-development. Both of these inspired actions kept my mind and heart and soul clear. I was able to be completely present in the time that I was with my prospective clients.

I also want to mention a short outline that I used in those days, and still do, in my complimentary sessions. I asked the person at the beginning of the session what was their biggest challenge in their life or their business in the next three months. Then I asked them what was currently happening with that, and what they would like to happen. And finally, I asked them what the first step was toward what they would like to happen.

If I felt inspired that I could really help that person, I said that I thought we could gain some clarity and movement toward that goal, working together for the next 90 days. This way, I tied the coaching in to their goal, and positioned it as a solution to their challenge.

It’s a very simple conversation, and since I was so fully present, I was able to be inspired, and also inspire my client to enter the coaching relationship. To me, that art of the complimentary session is about doing whatever it takes for you to be fully present, and having a structured conversation about coaching.

For a great resource on how to structure your conversation, including what words to use, click here for a special offer on my popular program.