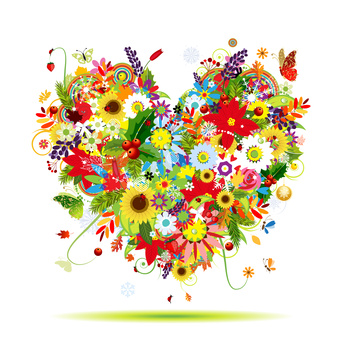 When I began my coaching practice, I was very intrigued by the concept of manifestation.  I listened to hours and hours of Abraham-Hicks audios.  I read Laura Day, Catherine Ponder and Wayne Dyer, and was very intent on unlocking the secret to instant manifestation.  In fact, this concept still intrigues me to this day.

The idea that pure thought, held for a certain period of time, could replace hours and even years of action in the creation process was one that I played with a lot in those days.  In fact, it was said that 17 seconds of pure positive thought energy would equal 2,000 “man-hours” of work, and that if you went to 68 seconds, it would equate with 2,000,000 hours of action.

In case you do not have a calculator handy, 2,000,000 hours equals over 228 years!!  So, 68 seconds of pure, positive energy is the equivalent of 228 years of work!!!!  I was determined to use this to my advantage in those early days in my business, and I did.  What happened really impressed me.

Here is what I did.  I would practice these 68 seconds at least once a day, just getting into that pure positive energy, and staying there.  I would set a timer for 1.25 minutes, and then get into pure energy.

As you can imagine, some days this was harder than it looks.  I had already quit my job, and I desperately wanted to have my coaching practice work out.   One of my closest friends told me I should get a part time job.  My family was watching me with loving, but also protective, eyes.

Yet I kept at it.  I knew that I needed to prove to myself that my energy was at least as important (and hopefully much more) important as my actions.  I had a quote on a sticky note from Abraham that said “Line up your energy

And here’s the impressive part.  As a new coach, I gave sample coaching sessions as a way to allow others to experience coaching, and I was very successful at it.  One day, I ran the numbers:  I compared the number of sessions I had given to the number of clients that had signed up for coaching.

I realized that I had given 25 sample coaching sessions, and that I had 24 clients!! That was a phenomenal closing rate!  I knew then that lining up my energy was the way to totally leverage my time, and to this day, I still do something every single day to get my energy aligned.

So, here is my challenge to you.  Try staying in pure positive thought energy for 68 seconds.  This means no critical thoughts, no worries, no negative energy at all.  Or if you cannot do it for that long, try even 17 seconds.  That’s worth 2,000 hours of action.  Do this every day for a week and see what happens.

You can post any insights or successes about this in the comments section below.  I’d love to find out your experiences.

And, if you want to have a coach to work with you on lining up your energy and taking your inspired actions, I would love to support you on that. Send an email to info@karencappello.com and request an appointment for a complimentary strategy session.

Wishing you a most wonderful week!